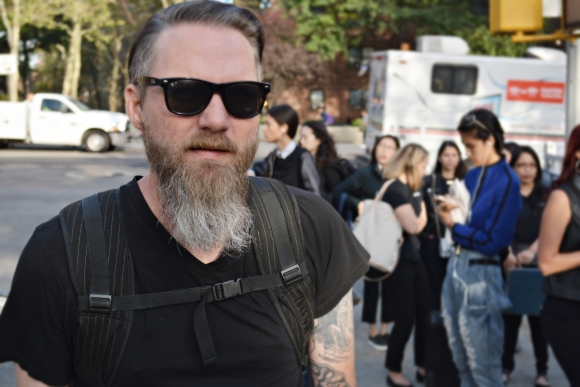 I met Nathan Rosenkranz at the first salon I assisted at in Bethlehem, PA. Back then Nate was a great stylist behind the chair. Fast forward 8ish years he is now a Freelance artist in NYC working for brands such as Alterna and styling celebs like James Franco. It takes a lot of hard work and networking to get where he is today so it was very cool to hang and see him in action. When I reached out to Nate a few weeks ago I was hoping to interview him backstage at some of the shows he was leading. Instead, he asked if I would like to work on his styling team! Even better! 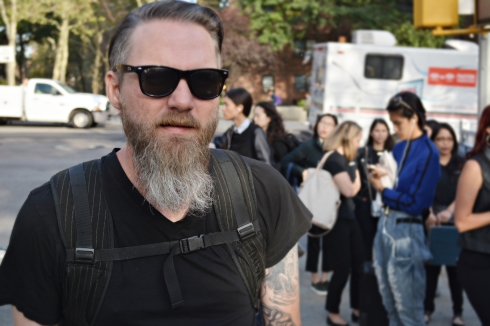 I arrived to Lincoln center around 7:30am and found Nate and his team waiting outside the Salon tents. Everyone on his team was super nice! I could tell that it was going to be a no stress environment. In the past I have worked NYFW with another brand who will remain nameless and they were not so pleasant. I love everything about the beauty industry and love people who love it too so when someone is rude its a total buzz kill. THANK YOU NATE for leading such a polite team!

Around 8am we were given our passes and allowed into the tents to set up our workspace. 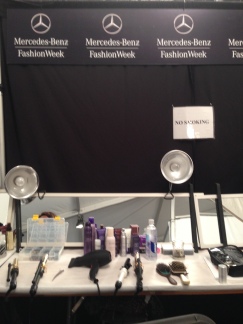 Once we were all set up Nate explained the step by step of the look we would be creating for DEOLA’S Spring 2015 collection.

Deola Hair step by step @ NYFW Spring 2015 by kristen-linares featuring alterna haircare
Here is one of the models I worked on! 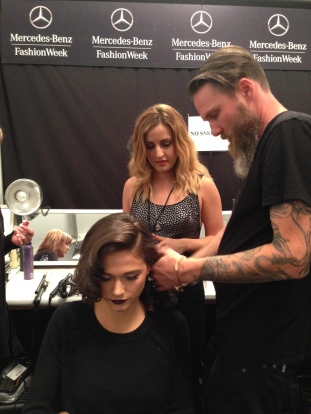 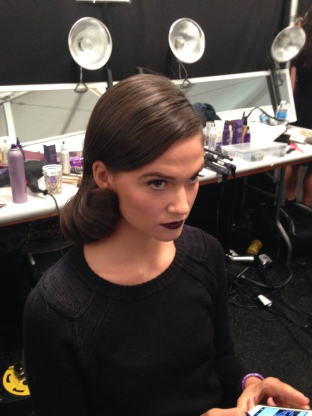 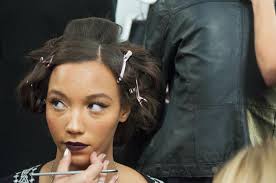 The final outcome was gorgeous! DEOLA is absolutely amazing. As a lead stylist it is important to work with the designer and decide what hair will compliment the garments. Nate nailed it! The hair was not only beautiful but also wearable. This is a classic style that would look great on any woman!